Books that have been placed in  Academic Reserves are available at the main issue desk. Search on World Cat Local (icatalogue option) or click on the Course Reserves tab under 'Resources' on the black toolbar. It is the first option on the drop down menu.

Academic Reserves material cannot be removed from the library during the day - the day is divided into two hour slots to allow as many users as possible to have access. Ask at the Circulation desk.

You must produce your student card to be able to borrow items.

Copies of Heywood: Politics  along with six copies of Global politics.

Copies of South African politics: an introduction by De Jager

Copies of Comparative government and politics by Hague

Books available at other UKZN libraries

Books that are not available at Pmb but are in another UKZN library may be borrowed provided the item is not on Academic Reserves in another library. Go to the Circulation desk and fill in the details of the book and your student number. You will need to supply the book's OCLC number. This you get from the catalogue.

Look up the book in the catalogue and click on the title. At the next screen, on the right hand side are the details of the book. Click on 'View description' and find the OCLC number.

The general book stock is arranged on the open shelves in number order, most within the number ranges 320 - 329's and 350s for policy. Undergraduates may borrow 6 items for a two week period. Books may be renewed if not requested by another borrower. The iCatalogue on the Library's website may be used to track the location and availability of an item. See below for guides to the numbering system for politics books.

Some specialist politics dictionaries and encyclopedias are available in the libraries including the online International Encyclopedia of Political Science. A useful respected source is Encyclopedia Britannica.

Most text books are currently not available electronically but a few are. The iLink catalogue will provide the URL where online access is available. Also try eBooks or GoogleBooks: many books have at least chapters that are full text. 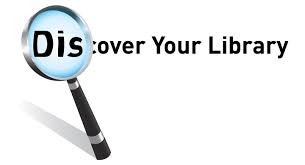 The Library's iCatalogue is now part of the world's academic libraries called World Cat. Icatalogue tells you what books, journals, articles, etc are available at UKZN (as well as elsewhere in the world) and in which library as well as the current status of a book eg is it in Academic Reserves, out on loan, on order etc.

Training sessions on how to use World Cat Local are offered at the beginning of each semester.

What if a book is not available at UKZN? 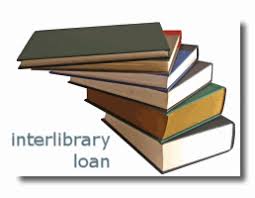 UKZN Library offers an Interlibrary loan (ILL) facility through which books can be borrowed from other libraries at UKZN and in the country if available. Most times there is no charge for borrowing a book. Copies of journal articles may also be requested and if it cannot be scanned and emailed there is a fee for this.

You can ask the Circulation desk staff to help you or a subject librarian; you can send your request to: ill@ukzn.ac.za or, under the tab 'Library accounts' on the far right of the library webpage, click on Inter library loans. You need to set up an account.

On the national system SABINET, the collection SACat indicates what books and print journals are in which library in the country.