Skip to main content
It looks like you're using Internet Explorer 11 or older. This website works best with modern browsers such as the latest versions of Chrome, Firefox, Safari, and Edge. If you continue with this browser, you may see unexpected results.

Books can be found on the shelves at the following broad numbers: 790.02 General arts, 791 Public performances, 792 Stage presentation, 812 American drama in English.  To find the location of a specific book, use the iLink catalogue.

The Library's catalogue indicates what books are available at UKZN and in which library and section of a library, as well as the current status of a book eg is it in Academic Reserves, out on loan, on order etc.

Training sessions on how to use the catalogue are offered at the beginning of each semester and whenever there is a need, or, see your subject librarian.

The Library offers an inter-campus library loan as well as an inter-library loan service for items not available at UKZN. Please give your request to the Circulation desk at any of the libraries. Books take time to be posted from other libraries in the country so please plan for at least a two week delay before a print item arrives. Journal articles are usually scanned and emailed. There is sometimes a cost involved (staff will notify you of the exact amount payable). Please consult the library inter library loans link for further information.

An eBook is "an electronic version" of a printed book. Sometimes it exists without a print equivalent. 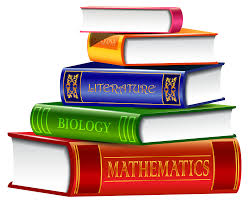